In 2017 the City Council adopted a strategy to further develop the smart city through coordination of the City's work on digitalization. The strategy has been developed together with the Stockholmers.

Here, you can follow the development of the City of Stockholm’s ongoing work to make the city more sustainable, innovative and including. 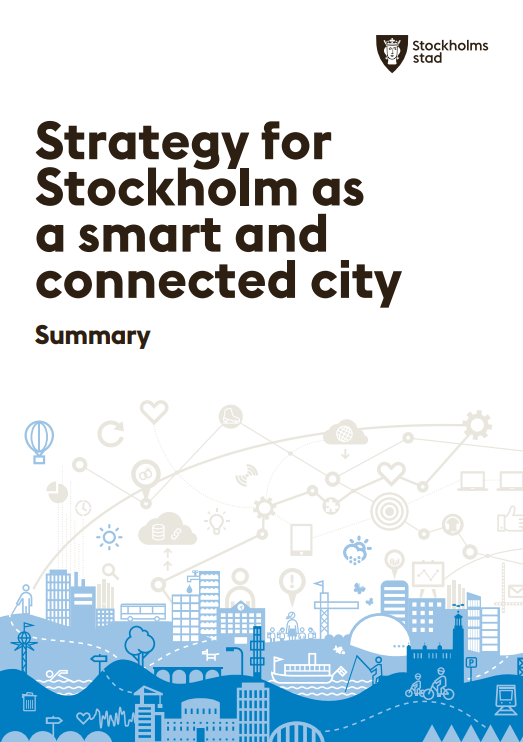 What is a smart city?

A smart city is quite simply a city that utilizes digitalization and new technology to simplify and improve the life for its residents, its visitors and businesses. And to offer the Stockholmers the highest quality of life and the best environment for business.

In the smart city, new smart services are constantly created to make the city even better. The way forward to make Stockholm a smart and connected city is to, via innovation, openness and connectivity, make the city more economically, ecologically and socially sustainable.

A smart city is a sustainable city. The smart city is made possible through connectivity, publicly accessible data, IT platforms that can communicate with each other, sensors and other technologies.

Why should Stockholm become a smart city?

Globally, more and more people are leaving rural areas and moving to the cities. People live longer and the international mobility of labour increases. Stockholm is no exception. This create opportunities but also needs within the city. At the same time, developments in digitalization continue rapidly. Anything that can be digitalized will be digitalized.

The developments in digitalization and new technology create opportunities and benefit all segments of society. Old and young, IT-savvy and those less familiar with IT. In Stockholm, digital sophistication is high and the digital infrastructure is well developed. This means that the city is well placed to take advantage of the opportunities presented by digitalization. In today’s fast-moving and innovative environment, this is a great advantage.

Stockholm also has a long history of being a leader in information and communications technology with many prominent companies, startups as well as established multinationals. With new technology, we want to use this advantage to make life easier and better for all who live in, work in, and visit Stockholm. So that Stockholm becomes a smart and connected city.

We use cookies on our website to give you the most relevant experience by remembering your preferences and repeat visits. By clicking “Accept”, you consent to the use of ALL the cookies. However you may visit Cookie Settings to provide a controlled consent.
Cookie settingsACCEPT
Manage consent