During autumn and spring, the Smart City projects will implement several tests and pilots around in Stockholm.

Arrangements to test new technics for traffic management and collection of traffic data in Kungsholmen. 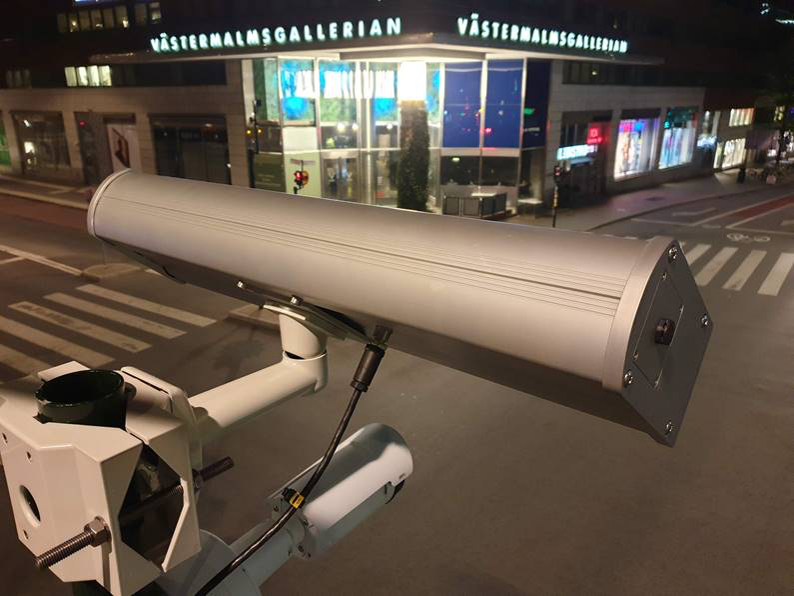 The project Smart Traffic, led by the City Executive Office of Stockholm and the Traffic Administration Office, are preparing a test of new technology to improve traffic management in the city. The project is currently preparing a test using a new type of multi-function sensor for managing traffic signals and measuring traffic flow in the crossing of S:t Eriksgatan and Fleminggatan in Kungsholmen.

Today, traffic signals are managed by detecting vehicles using a underground loop detector. The loops are often damaged due to construction works and usual wear of the streets from heavy vehicles. This leads to extensive costs for reparations and time-consuming work for maintenance, which also interrupts the traffic flow.

The multi-functioning sensors, a type of intelligent camera, are installed on available road posts for road signs. The test will determine if the sensors can replace the loops used today for detection of vehicles. The goal is to reduce interrupting road maintenance and improve traffic flow and security.

Moreover, the sensors can register a wider range of road users: motor vehicles, cyclists and pedestrians. The sensors can also collect traffic data for analysis that can be used by other agencies and offices in the city. The data collected is the number of vehicles, cyclists and pedestrians passing the crossing, speed of different vehicles, and classification of different types of vehicles. The information will be anonymised before used and saved.

Tests of the new technics are being prepared in Kungsholmen. The test area was chosen due to the heavy traffic flow in the crossing, by all different types of road users.

There are two different multi-function sensors installed that needs to be configured and adjusted for different weather conditions during the fall and winter of 2019. The time slots for when the sensors will be active for configuration will be published on the website.

The equipment will be deployed after a permit from Datainspektionen is granted. Thereafter the sensors will be active during the rest of the testing period.

The project Smart Traffic is testing new technology to make pedestrian crossing safer. The push button stations used today cannot report errors, which means the station can be out of function without anyone knowing. The traffic signal then stays red for pedestrians.

By connecting and improving the push button stations, the Traffic Administration Office can get direct information if the station is out of function. Maintenance can therefore become more time and cost effective. The new function ensures that the pedestrian crossings remains fully functional.

The new push button stations have been tested in two crossings during June-October 2019:

The testing period has now ended, and the push button stations will remain in the crossing until further notice.